Location scouting and filming about mysteries of lake Baikal in Russia

After Moscow and St. Petersburg, Baikal is one of the most popular places to visit in Russia. Every year thousands of tourists enjoy the lake both in summer and winter. We have already mentioned the lake and its best views a little bit in the previous article. This one will tell you about some unexplained natural and probably supernatural phenomena, that could be better studied.

Why is Lake Baikal important to humans?

The lake is located almost in the center of Eurasia. This is the reason why many local people call the region around Lake Baikal "the Middle of the Earth." The length of the lake is 636 km; the width varies from 25 km to 74 km. The main feature of the lake is its depth. Baikal is considered to be the deepest lake in the world. The officially announced figure of the deepest place is 1642 meters. The average depth is 744 meters, which is also an outstanding value. The lake is important for humans because it contains a huge supply of fresh water - about 20% on the whole planet. Such depths were formed because the lake bed lies in the crust fracture between two tectonic plates. For the same reason, this territory is seismoactive (but, of course, not as much as Kamchatka).

What lives in Lake Baikal?

There are 2,600 different kinds of living things in Baikal, and ⅔ of them are endemic. That means they are not found anywhere else on the planet. Basically, these are worms, sponges and protozoa, but also 59% of fish and all mammals living in water. Scientists associate the existence of so many endemics with a special water composition. The level of oxygen is very high in Baikal water (higher than in human blood). There are very few organic and mineral impurities. Also, the lake water is considered to be the most unsalted in the world, which means it is very difficult to swim in it.

Talking about strange inhabitants of the lake, one can mention a small fish called Baikal Oilfish (Lat., Comephorus baikalensis). Her body is made up of 35% of fat, so she is translucent. Baikal Oilfish falls into the category of live-bearing fish. This means that fish juveniles grow in the mother's body. Fertilization process is also interesting. One germ cell of any kind of fish is enough to ovum fertilization. Thus, fish juveniles are simply clones of their mother without real fertilization. Another unusual living creature of the lake is the episura. These are invisible to the eye crustaceans. Episura is capable of cleaning up to one glass of water per day. Due to having silicon teeth, these crustaceans can catch and eat bacteria and unicellular algae. Thus, a living filter network is formed in the water. Episura ensures the exceptional purity of Baikal water. 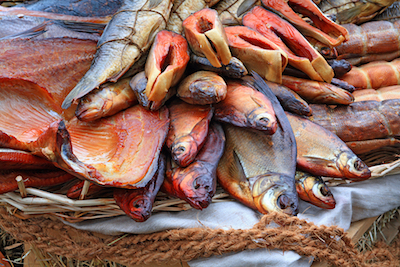 Residents of villages on the banks, divers, and scientists often tell about another type of lake dwellers - mysterious underwater people. There is even some office memorandum that claim to have seen them during official research programs. These creatures look like people, but they have tails instead of legs. Other eyewitnesses say that these are not tails, but special water-immersion jackets. In such stories, Lake Baikal hemispheres usually would appear over water. Many researchers faced different obstacles at the attempt of deep-sea diving in bathyscaphes on the lake bottom. For example, during Steven Spielberg’s expedition to Lake Baikal on the "Mir" series of bathyscaphes, it was impossible to go through the last 200 meters to the bottom. The silt suddenly rose from the bottom, limiting the view. After the upturn to the surface, the team was told that an earthquake had been registered, and its epicenter was just under the bathyscaphe. The researchers decided that underwater people didn’t want to be seen. 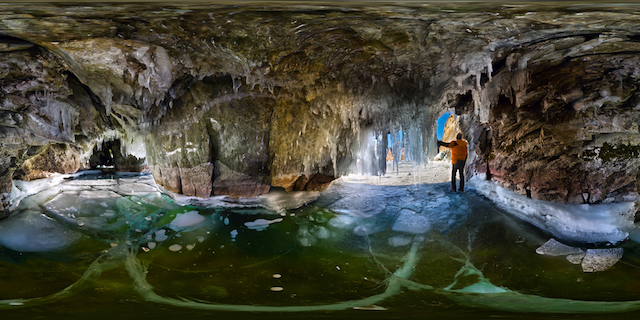 Some supporters of the aliens’ existence say there is a large base of aliens in Baikal. They give different inexplicable lake phenomena as an example. Everyone can see them. For example, there are ice grottoes, up to 6 meters high, hollow inside. Scientists have been observing them since 1942. Pro-aliens people argue that this is the result of the oxygen release exhaled by underwater people to the surface, or, conversely, the vent to take oxygen from the surface in winter. In the winter of 2009, winter pictures of Lake Baikal from the satellite were widely distributed. The photo shows huge dark circles on the lake. Scientists came to the conclusion that this is because of currents change. Proponents of the existence of aliens, of course, decided that these are traces of the spacecraft landing.

How to get Baikal lake?

If you feel that the spirit of Baikal is calling you, our team will gladly become your guide to all the riddles of the lake. One of the largest Siberian cities near Lake Baikal is Irkutsk. It is located just 60 kilometers from the lake shore. There is a large airport in Irkutsk with regular flights from Moscow, Beijing, Bangkok and other cities. If you prefer trains, then you can ride along the Trans-Siberian Railway. The journey from Moscow will take about four days.

For more information about location scouting and filming at Baikal lake feel free to contact us!