Filming in Cheboksary of Chuvashia Republic

There are around 97 nations in the territory of Chuvashia, worshipping 12 religions and cults. At that there are no inter-national confilcts. The monument to the friendship of the nations, included into the symbols of Cheboksary, can be found in the 500 years city anniversary park. The bronze sculpture consists of seen female figures, holding lotuses in their hands. Each one of the seven petals there’s a symbol of a religion - muslim, christian, buddhist, indhuist, hinduism, judaism, zoroastrianism and Chinese philosophy yin and yang.

A woman and a mother, dressed in national clothes, raising her hands as if blessing the citizens of the city, protects them from trouble. The height is 46 m. It is especially majestics in the sunset rays coming from the opposite embankment.

For the 80th anniversary of the Chuvashia republic an original staircase was built on the western slope of the bay, leading to the Chuvashia state opera and ballet theatre. There’s a great view on the modern part of Cheboksary, House of the Government, fountains and a staircase to the bay from the opposite bank.

The “Suvar” park is near Cheboksary. Here, in the territory of 7 ha one can enjoy magnificent creations of the woodcarvers. Wooden sculptures of gods, spirits, people and animals are incredibly picturesque. 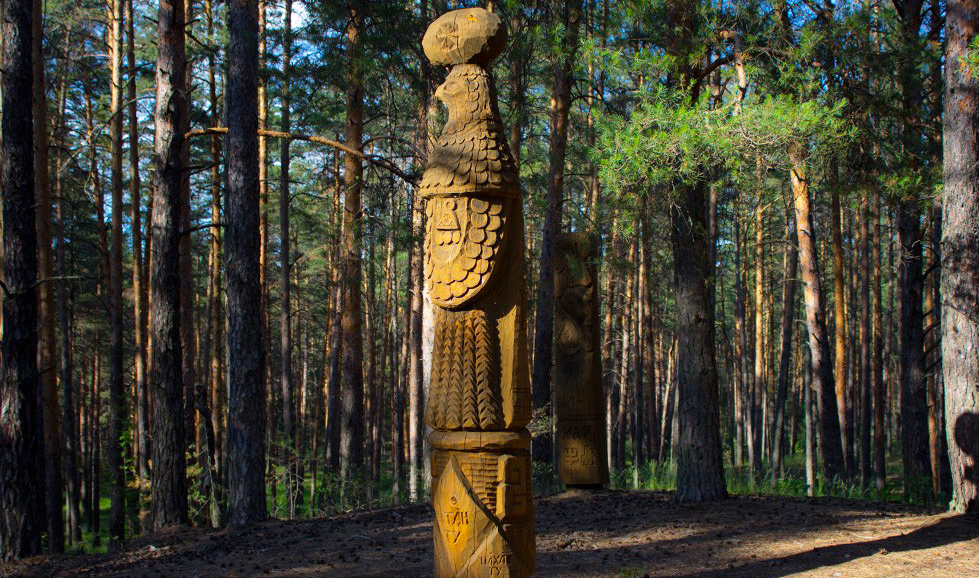 The one and only tractor history museum is in Cheboksary. You can’t find a “don’t touch” sign here. All the exhibits, including the oldest ones, can be not only touched, but ridden. Today the tractor history museum is not just a collection of rarities, but a centre of tractor building popularization. There’s a contest, called “21st century Kulibins”, where the locals present their machinery innovations.