Is the Kola Superdeep Borehole a Well to Hell?

This article reveals another thrilling and significant location on the Russian Federation territory. The Kola superdeep borehole is the deepest one in the world which was built for scientific purposes only.

History of the borehole

The borehole is located on the Kola Peninsula (the Murmansk region). This place was chosen by scientists as there are no sedimentary rocks on the surface. Constructions of the borehole and the neighboring buildings began in 1970. Drilling on the Kola superdeep borehole lasted from 1970 to 1990 including small interruptions for various reasons. The achieved maximum is 12 262 meters. This depth of the Kola superdeep is still the unbroken world record. The project was classified during the first ten years. The general public was informed about drilling much later when the results were already superior to all world achievements. The government of the USSR could be proud of its scientists. However, financing of the scientific program was stopped after the fall of the USSR. It came as a surprise and shock for the borehole workers. The borehole had all prospective for research, and the equipment was ready for more drilling. The government response was simple. The task has been accomplished – that’s it.

What were the objectives and results?

Nowadays we can measure the feasibility of launching such a large project. In the 1970s, it was much more important for scientists simply to be able to study the bowels of our planet. A modern approach of geology, as well as other sciences that study the composition of the planet, base its knowledge on two things. First, the theory and second, on what literally lies on the surface. Scientists of the Soviet Union decided to go the other way - just to see what is inside the Earth. Unfortunately, it was not the only task they had.

Mineral exploration is an expensive and high-demand industry. The Soviet authorities understood that sooner or later the existing mines and deposits would run out. Therefore, the project of drilling superdeep boreholes system in the USSR territory was started. According to the plan, there would be nuclear weapons inside the boreholes. It would be followed by a simultaneous explosion. After the explosion, the scientists would detect fluctuations and determine the regions with minerals by the intensity of the seismic waves. This project included 30 superdeep boreholes.

Even though the Kola superdeep was stopped more than twenty years ago, samples of rocks extracted from there are still actively studied in institutes throughout Russia. Many of the results don’t coincide with the official scientific theories. Scientists do not always know how to explain some observations. Many years might go by before the emergence of new technologies that can help answer all the questions. Perhaps the results will tweak some of the official theories.

Since all these events are relatively recent, many of the employees of Kola superdeep are still alive. They continue working at other enterprises. Many of them are offended that their labor and scientific contribution remained unrecognized and forgotten. The Kola superdeep borehole and the scientific complex nearby were plundered and disbanded.

Sounds of Hell inside the Kola Superdeep Borehole

Some sources indicate that the drilling was stopped since scientists have discovered…hell. There is even evidence of audio recordings allegedly made at a depth of more than 12 000 thousand meters. Perhaps your research will mark a decisive end to this. 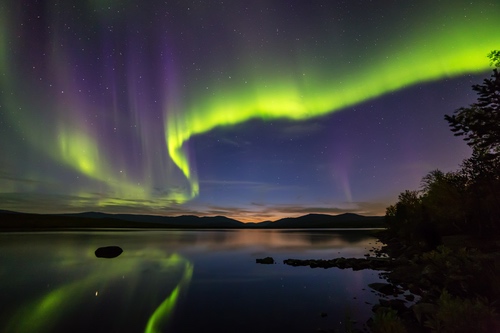 Where is the borehole located and how to get there?

The Kola superdeep borehole is located on the Kola Peninsula. There are polar nights, and no time for the sun to rise from the horizon. These places are harsh but worth visiting. The Northern lights make this place special during winter.

Murmansk is the largest city in this area. The airport here has regular connections to Moscow. Large off-road vehicles or trucks are the best means of transport here. All local transport is adapted to low temperatures.

Our company is pleased to organize your research trip to these places. Just contact us for filming in Russia with SOAR Productions.