Location scouting and filming in Issyk-Kul lake of Kyrgyzstan

The lake is so old that even people in ancient China were aware of it. According to legends, Tamerlane (a Turco-Mongol conqueror, the founder of the Timurid Empire in Persia and Central Asia) organized halts of his armies on its banks. The drawings of ancient people on the rocks along the lake testify to the more ancient human sites. This article lifts the veil of Issyk-Kul. 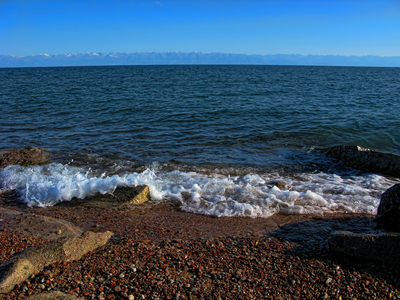 Where is Issyk – Kul Lake located?

This high-altitude lake is located in the Republic of Kyrgyzstan, the former Republic of the USSR. Nowadays Kyrgyzstan actively receives tourists from neighboring countries, as well as conducts economic cooperation with Russia, China, and Kazakhstan. It is important that Kyrgyzstan has a soft visa policy for travelers and film crews. Other advantages are the cheap rental of real estate, affordable good quality food, low cost of rental vehicles. Kyrgyzstan managed to preserve the national color. However, the country is also noticeably up to date. For example, it is always possible to order a traditional Central Asian Yurt for filming projects that specialize in the history of the region or feature films. This is a pre-fabricated structure made of natural materials. It can be equipped according to your requests and project objectives.

Bishkek is the largest city in Kyrgyzstan. The international airport is also located there. It is possible to get to anywhere in the country from Bishkek by mini-buses and cars.

Serious studies of the lake began only in the XIX century. During this time, several major historical discoveries such as previously unknown archaeological culture. These ancient people lived around the lake about 2,500 years ago.

The lake keeps countless artifacts belonging to other cultures in its waters. This is because the water level in the lake is constantly rising. Thus, many settlements went under water over time. Literally every square kilometer of the bottom of Issyk-Kul can become a source of new discoveries now.

How to shoot extraterrestrial landscapes on Issyk-Kul? 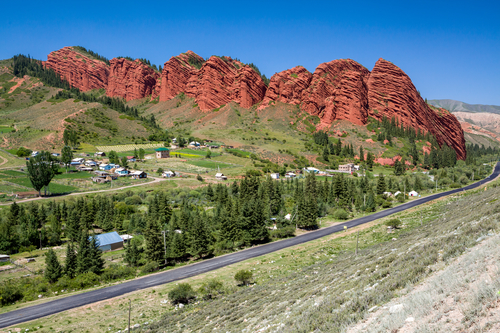 There is a gorge on the southern shore of the lake. It is called "Skazka“, which can be translated as ”Fairy Tale". Indeed, this small canyon (the locals call it this way) looks fantastic. The gorge consists of red-colored soils, which makes it possible to shoot Martian landscapes without filters. Due to the softness of the soil, relief still changes because of winds and rains. The sun is always high in Central Asia, and you can always see a real theater of shadows cast by rock formations in the canyon.

There is a saline lake Tuz-Kol on the same southern shore. This is suitable for shooting genre or documentaries. The second name of the lake is Dead Lake. It is because of the high salinity of the water. The lake is located just 1 kilometer away from Issyk-Kul. You can shoot a fantastic landscape looking like the edge of the world with a quadcopter. This is possible at a certain angle and during good weather. The water of Issyk-Kul and the sky become the same color.

Our SOAR Productions team is ready to become your guide and reliable partner for filming in Kyrgyzstan.

We take care of both of locations and contractors. Just contact us for furhter information.