Screening of new documentary film “New Silk Road” has recently finished, that will tell about countries that were connected through the legendary route.

As shared by Stanislav Solovkin, one of the film directors and producers, to K-News, the work in Kyrgyzstan was rather difficult, but at the same time extremely interesting.

“We had driven more than 5000 km in two weeks. Believe me, we had prepared well for the filming, and can definitely say: no one has shot Kyrgyzstan like this, no one has shown it like this. A unique international team of professionals from different countries of the world, Russia, China, Great Britain, India, Singapore, Taiwan and Italy, worked hard on the project. During the ride across the country, our group has filmed more than 120hrs of unique material. Literally on these days, we will begin assembling the film simultaneously in China and Singapore. Directors will select the most colorful, vivid and impressive moments”, said Solovkin.

In the part of the film, dedicated to Kyrgyzstan, viewers will hear the story about a unique small hydropower station in Sosnovka; the story of the project that allows dwellers of the most remote villages to have access to libraries. Besides, the film will tell about the development of Central-Asian University in Naryn. One of the main stories of the film will be a piece on national Kyrgyz sport – kok-boru (struggle of riders for the goat carcass).

The film on Kyrgyzstan within the framework of the “New Silk Road” will be screened on popular foreign TV-channels: BBC, Discovery, and National Geographic. The film will also be shown on one of the Chinese state TV-channels. Thus, about a billion people will watch the film. The release of the film is expected in 2016. 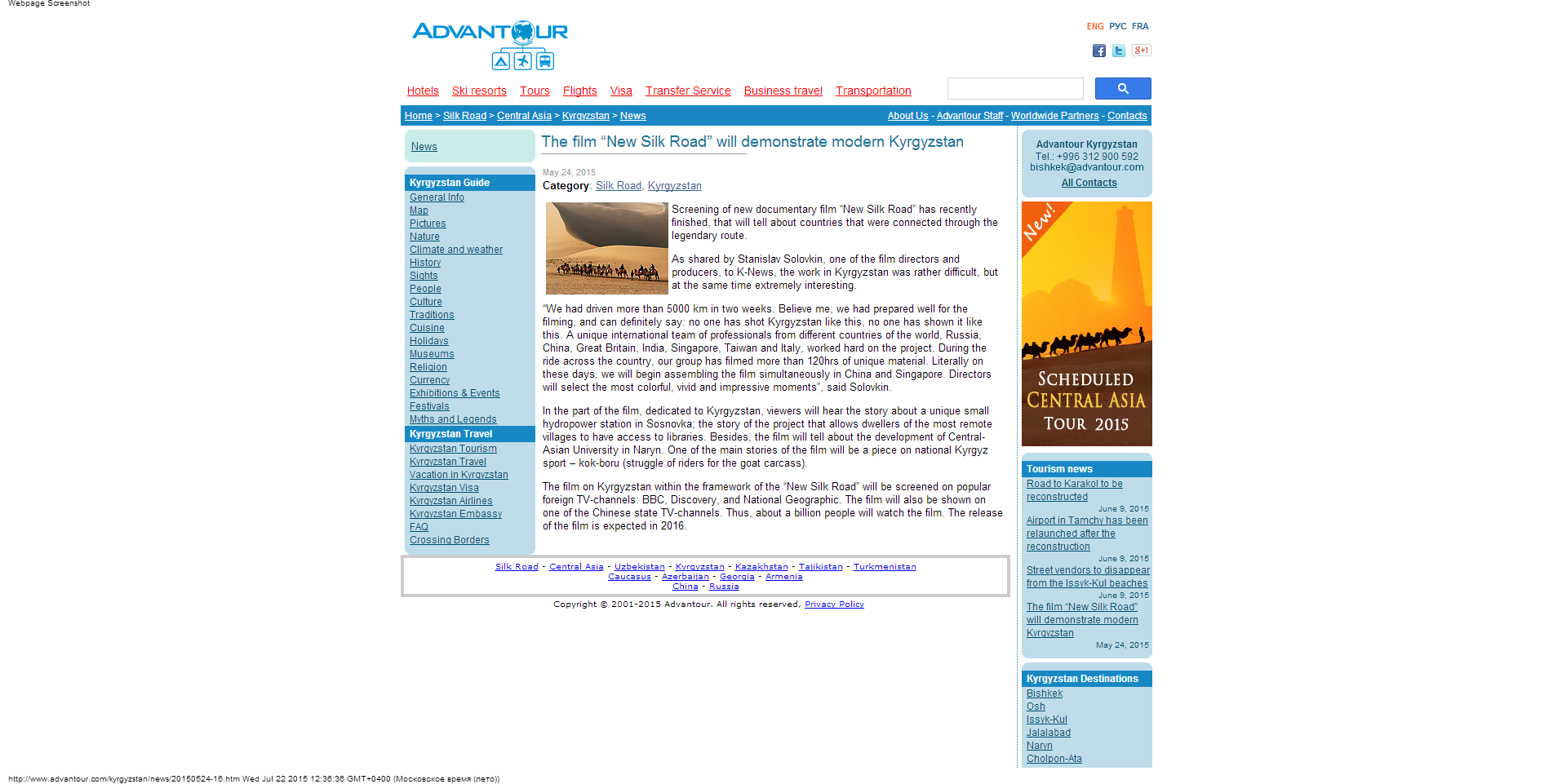