Konstantin Ernst has his own candidate for the «Israel Plus» channel

Konstantin Ernst has his own candidate for the «Israel Plus» channel.

The CEO of the «Channel One» Konstanin Ernst for the first time shared with the media his plans for the reorganisation of the «Israel Plus» channel, the sales contract for which is already signed with the «Africa-Israel». In his interview for the «КоммерсантЪ-Daily (http://www.kommersant.ru/)» Ernst said: in case of the successful trade «we will send to Israel a crew of our specialists, who will help the channel to make a quality product and line-up». What this help will be is not uttered.

But one of the sources of the agency «Курсор (http://www.cursorinfo.co.il/)» in Israel, recently left one of the head positions in the «nine», explained, that, taking into account the multi-million current and former losses of the «Israel Plus» channel, the strategic partnership with Moscow will allow this company to cut the expenses for the production of its own programs just by the increase of the Channel One products share.

The Russian source of the «Cursor» said, that the officials of the OJSC «Channel One» has their own candidate for the head of the «nine».
They mean the 27 year old Moscow producer Stanislav Solovkin, known for his work for the «Survivor» and sent last year to St. Petersburg to reconstruct the «Peterburg» television and radio company.

According to the «Cursor», Solovkin has some experience of work with the Russian television of Israel. The share, that the «Channel One» can acquire in he charter capital of the «nine» is still questionable. The thing is, that the Israel legislation doesn't allow Russians to own more, than 10% of the shares of the local channel, but both sides are interested in no less than 20% of acquisition by Moscow. However, Russian business practice has a huge experience in avoiding such limitations. We can assume, that taking into account the fact, that the 10% limitation concerns only the governmental structures, the buyer of the «Israel Plus» can become a branch of the «Channel One» with little state participation. 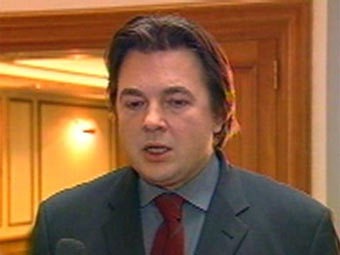