Filming and location scouting in Vilnus the capital of Lithuania

With dozens upon dozens of atmospheric views and historical spots relatively unfamiliar to the wider audience, the capital of Lithuania is a true find for filmmakers and video producers. Enter the city nicknamed Rome of the North, where Baltic spirit meets Central and Eastern European influence with a hefty dash of Jewish heritage. As the capital of a EU member state, Vilnius offers modern landmarks and infrastructure. 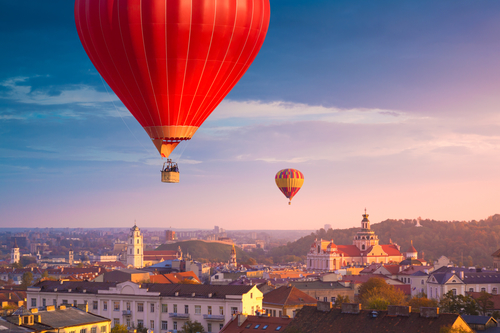 The city’s historical center is one of the largest extant medieval towns in Europe, with a total of 70 streets and lanes. Picture about 1,500 buildings along the proverbially narrow cobblestone pavements, built in the Baroque, Gothic, Neoclassical, or Renaissance style and spread across some 1.4 square miles (3.6 square kilometers). There is of course the main castle featuring the legendary Gedimin Tower, the 16th-century university, and a number of Catholic, Orthodox, Lutheran, and Calvinist churches interspersed with cafes and markets.

Throughout the 18th to 20th century, Vilnius had been a prominent center of European Judaism. While most of it ended with the Nazi occupation during the WWII, the spirit of Jewish religious scholarship is still felt in the old quarters and a few remaining temples, providing fresh location ideas for a medieval mysticism or Holocaust-themed production.

Present-day Vilnius is a vibrant European capital. The district of Užupis is home to an army of aspiring artists and other bohemian types – a good source of enthusiastic English-speaking extras. The Broadcasting Tower featuring a rotating restaurant deck offers a panoramic bird’s eye view of the city. 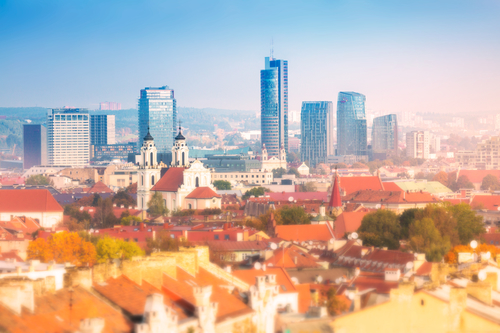