Death Valley is one of the many mysterious places in Russia. Unfortunately, there is too much unverified and incomplete information, formed by superstition and conspiracy theories. In this article, we have tried to collect the main versions of the origin of these legends and explanations in terms of science and reality. 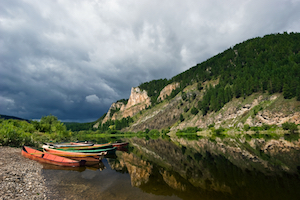 The main legends about Death Valley

The first evidence of modern times dates back to the second half of the XIX century. The general public became aware of the Valley from the book of the Russian researcher Richard Maak. He conducted ethnographic studies of Yakutia from 1853 to 1855. In particular, he recorded several stories of eyewitnesses and several ancient legends that may be relevant to this phenomenon. Because of the remoteness of the region, no serious studies of the Death Valley were undertaken until the early 2000s. All the information about the Valley was either the stories of hunters who accidentally found these places or modified folk tales.

All these stories can be reduced to three main versions, one way or another mentioned in all sources.

The local tell hunters stories about mysterious “Domes”, half submerged in the earth. "Domes" are metal hemispheres of copper color. Nobody knows where they came from. Almost all the hemispheres ever seen are half out of the ground, forming a small cave above human scale. It seems they plunged into the ground when they fell from a great height. A small part of the hemispheres rests in the permafrost with the bottom up, forming a low metal hill. People's rumor says that if you spend the night on the ground in the arch of such a "Dome", you can seriously get sick and die.

In reality, there is no documentary evidence of the existence of these "Domes”. No photos, no videos, only drawings made according to eyewitnesses. The locals explain the impossibility to find them by the fact that " Domes" gradually go under the ground because of their large weight, covered with layers of soil and plants.

Skeptics argue that there is nothing supernatural in these findings. Death Valley is officially the site of the rockets first stages discharge launched from the Baikonur spaceport in Kazakhstan. There also may be a lot of debris of missiles that crashed on launch. Perhaps, the local people have covered the remains of the space program with legends because they had no idea about flights to space in general for a long time. 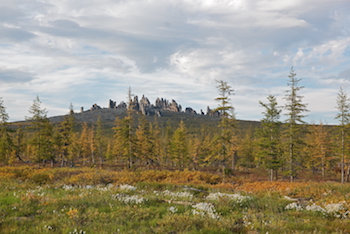 Another mythical object in Death Valley is an arch that sticks out the ground and leads into an underground place with many rooms. According to the hunters’ stories, these rooms are always warm, even during winter. There are no more details. However, if we recall one old Yakut legend, we can assume that this structure was once a lighthouse, which went underground completely also due to the great weight and specificity of the permafrost.

This legend says the following. Once when these places were inhabited only by nomadic Evenks, a cataclysm similar to a hurricane and an earthquake taking place at the same time occurred. A huge tower appeared in the middle of the forest. It was making unpleasant sounds for several days and decreased in height until it completely went underground. This legend corresponds with a number of other legends. They all say there is a whole country under the earth. From time to time there are bursting fireballs flying to the sky. Supporters of supernatural phenomena believe that this structure is nothing more than a lighthouse made by aliens. Fireballs are some kind of weapon, possibly protecting the planet from the fall of large meteorites. As an example, they tell about the fall of the Tunguska meteorite, that took place in 1918. The body of the meteorite was never found, probably just because this security system worked and the meteorite was completely destroyed.

There are people who claim to have witnessed the phenomena in the area of the rivers Vilyui and Olguydah, just where supposedly Death Valley is located. For example, they describe hovering and occasionally exploding balloons. Others tell about the sudden appearance of a steel colored dome above the ground. The indigenous people of these places share the memories of their ancestors. Once fire and fireballs would often break out from the ground, leaving behind burned areas for tens of kilometers around. They believed that these were wars between the demons of the Lower and Upper Worlds.

Now we can assume that these people witnessed the tests of nuclear weapons, which were carried out in this territory by the USSR. It is possible that there may still be functioning laboratories for studying other weapons. Strange phenomena in the atmosphere, like a large dome or floating balls, can only be a hallucination caused by the high content of methane gas in the air.

Who has already visited Death Valley?

Active study of the Valley of Death began in the 2000s. At first, it was just a student trips into the taiga. Later, the Czech researcher Ivan Matskerle attempted the study, but due to some inexplicably round swamps in the taiga. The researcher concluded that these were some hatches of the mines, possibly for a missile launch. In 2011 the film crew calling themselves The Seekers of Yakutia", made an unsuccessful attempt to find Death Valley. 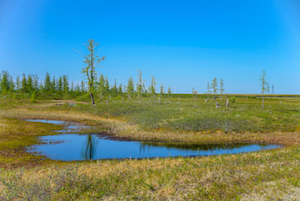 Death Valley - how to get there?

The exact location of Death Valley of is unknown, as all information about it reaches us only from Yakut legends and scattered eyewitness reports. There are two major airports n Yakutia itself, in Yakutsk and Mirny. There are direct flights to both cities from Moscow. For a full-scale study of the territories where Death Valley presumably is a helicopter could be also used. One of Russian TV showman did this once. Another researcher used a manned paraglider. A short Yakut summer (June - August) is the best time of year for such a trip.

You can believe in the supernatural causes of all these phenomena in Eastern Siberia or not. But the fact that there is an anomalous geomagnetic zone is still undeniable. If you want to lift the veil of secrecy and once again open the world this mysterious place, SOAR Productions will make every effort for the success of your filming project!