Taxes for filming and TV Production in Russian Federation: VAT

Russian taxes raise eyebrows of producers budgeting a shoot in the country. Many just don't get why they have to pay a value added tax (VAT), being foreign citizens filming in Russia.

Unfortunately, you just have to pay it.

You can sign contracts with local suppliers directly or work with one general partner. It doesn't matter -- you still have to pay.

US producers find it easier to comprehend. In the US, a sales tax is added to the price of an item or a service. Both Americans and visitors of the United States pay it. The 20-percent VAT is essentially the Russian version of the sales tax. 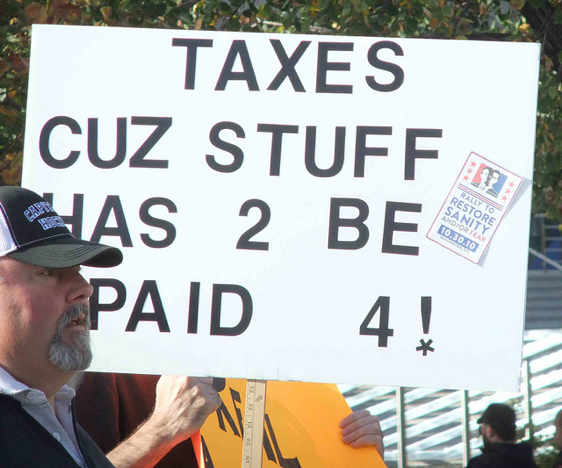 But producers from other countries often think they don't have to pay the VAT. Or that they will get a VAT refund. They're not Russian residents, after all!

We'll try to explain it.

The Russian Tax Code states that all services, works, rent and sales are subject to an 18-percent tax. There are exceptions, but not for film/TV production on the Russian territory.

This tax applies depending on where you rent equipment, buy goods or hire crew, regardless of who pays. If you film in Russia, you pay the taxes there.

We think this example best explains the VAT in the budget to our clients. Say, you go to London and rent a hotel room there. The price for this room includes the British VAT. Sometimes this tax is mentioned in a separate line, sometimes not. But both UK residents and visitors pay it.

Now, let's talk about how do you pay VAT in Russia and how it's reflected in the budget.

Any foreign producer can hire manpower, rent equipment and order services on his/her own. This scenario is not too realistic, given the language barrier. But it's possible in theory. In this case, clarify if the price includes the VAT while discussing any payment. Otherwise, you can your locked budget increased at 20% all of a sudden.

Ninety-nine percent of producers planning to shoot in Russia work with a local production company like us. We include the VAT in our cost sheets. Here's how it looks like. 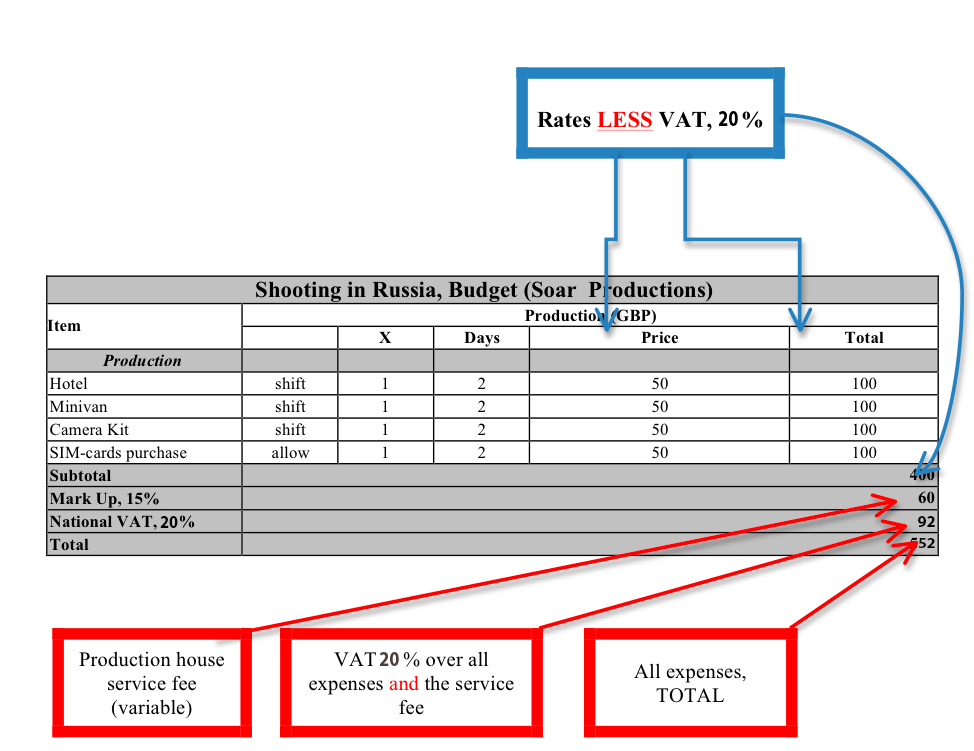 Now, some suppliers provide their clients with budgets without any mention of the VAT. This doesn’t mean the tax is not there. It is. In most cases, it’s already included into each single item.

This form of budget is legitimate. But it turns the reconciliation of costs and expenses into a mess. Also, each single rate will seem higher with the VAT included.

"Soar Productions" confirms every single penny spent with documents. Ask us about taxes, budgeting or any other production-related issue in Russia and nearby.

P.S.: The Russian Tax Code regulates the taxation. If you want details, it’s available in English at the links below. Also, take a look at the Code’s two single most important articles for production.

The Russian Tax Code, Part One

Place of Sale of Work (Services)