Location scouting and filming in Siberia: Oymyakon is the coldest place on Earth

Have never been to Siberia? You might have some superstitions about this place. Many people believe Siberia is literally icebound all year round. In fact, it is not true. Eternal winter reigns hardly all over Siberia. Some cities are described here and here. This article familiarizes with the coldest places in Siberia. The very fact of visiting these places can already be considered to be a great personal deed! 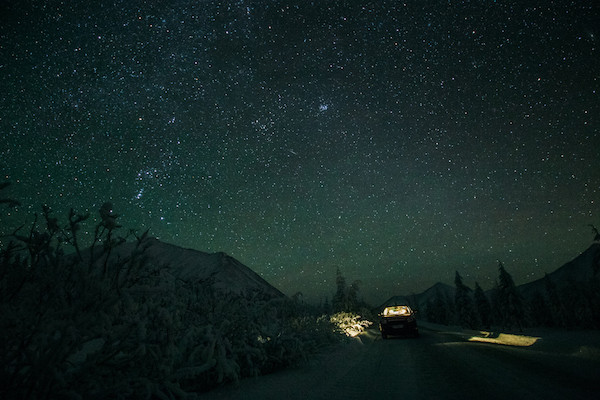 Another common opinion is that the coldest places in Russia are those beyond the Arctic circle. This is partially true. There are polar nights and polar days beyond the Arctic circle. However, these places are far from being champions in terms of the coldest temperature. In some big cities - Salekhard, Vorkuta, Norilsk, Murmansk - the sun rises only for 3 hours a day during winter. This is also where you can experience the Northern lights.

The first challenger for the title of the Russian coldest places is Verkhoyansk. This is the urban settlement with the population only about 1400 people. Verkhoyansk is considered to be the smallest town in the country. This place holds the record for the largest difference in winter and summer temperatures. The average annual temperature is 14C (6.8 F). The absolute minimum of -69.8 S (-93.6 F) was registered in 1892. Since then, measurement methods have changed slightly. Some researchers claim that the measurement may have been made incorrectly. The real minimum of Verkhoyansk is only 67C (-88.7 F). However, the difference in two degrees is unimportant for local residents. The average temperature ranges from-42C (-43,6 F) to -48C (-54,4 F) even in the coldest month of January. This is the temperature when being outside for more than twenty minutes is unsafe if you're too lightly dressed. Your feet and hands start to freeze. Mouths and noses have to be hidden in scarves and shawls, so as not to experience discomfort while breathing.

Interestingly, the coldest place in Siberia and in Russia accordingly, is located south of the Arctic circle in the Republic of Yakutia. Such low temperatures happen due to the significant rise of the terrain above sea level. Oymyakon is both a nomad camp and the name of the whole area. There are several small settlements that are united by one name. The whole Oymyakon is considered to be the most severe place on the planet where people live permanently. The population of all the villages is 5000 people. The average temperature in January is -46C (-50,8 F), the maximum minus -72,4 C (-98,3 F). The temperature about -60C (-76F) or lower stays for weeks. Mercury in outdoor thermometers already freezes at this temperature. Fur coats and fur hats are not a luxury for locals. It is a way of survival, which means that these clothes never go out of fashion. 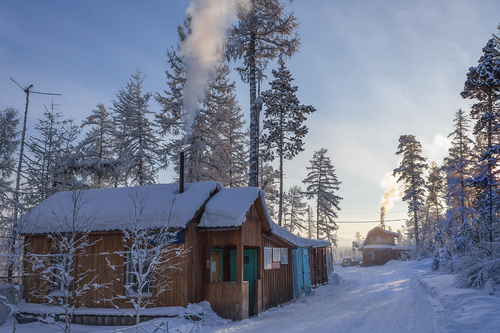 The airport is located in the town of Ust-Nera. It is the most civilized town of Oymyakon. Living conditions here are very harsh. Many parents do not allow children to go to school because of the cold. However, kids are happy to spend time outside in the yards during these unplanned days off. In case of using the car, it is necessary to put double glasses, to wrap the engine in blankets, and to pave the radiator enclosure with the thick felt. The engines are left running at night, so the car is not frozen in the morning.

Another village belonging to the nomad camp Oymyakon is called Tomtor. There is no civilization at all. No Internet, no central water supply. Life there may seem to be a pressure test, but the indigenous population - the Yakuts - are still grateful to the gods for their land. People are engaged in cattle breeding, horse breeding, reindeer husbandry, and subsistence farming in the summer. There is a unique breed of horses called the Yakut horse. It is characterized by a very dense wool cover, which does not allow the horse to get cold even at these extreme temperatures. Since there is no central sewerage system, toilets are located outside. To get drinking water, the locals first smash and then melt the river ice. This already looks like the obstacle course for the show about survival It could also be a great script for a documentary. 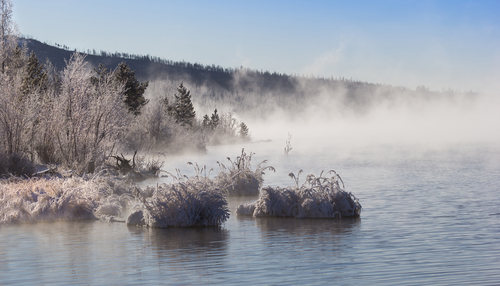 A distinctive feature of the entire Oymyakon nomad camp is an abundance of non-freezing natural thermal springs. These springs do not freeze even at -60C (-76F). The Russian segment of YouTube is full of videos depicting people bathing in these springs in the winter. The average temperature of the springs during winter + 4C (40F).

We hope you are not scared by our story. Oymyakon attracts relatively many tourists, as well as film and television figures. The indigenous people lived in the raw-hide tents at the same temperatures a hundred years ago, and they believed that the fireside should always burn and never go out. Perhaps that is why modern Yakuts remain goodhearted and welcoming. They understand that only the internal fire can help overcome any cold. And a fur coat, of course.

Our SOAR Productions team will be glad to become a guide for your project in this officially recognized harsh paradise!