Location scouting and filming about Siberian shamanism: Evenks and Tungus people of Siberia

This article will dwell on the shamanism origin in Siberia. Moreover, you will have a chance to know more about the common features of different Siberian shamanic cults, and the shaman personality. If you are serious about going on an expedition to study Siberian shamanism, there are good locations for filming at the end of this article. The previous part about Evenks and Tungus - indigenous peoples of Siberia – is available here. 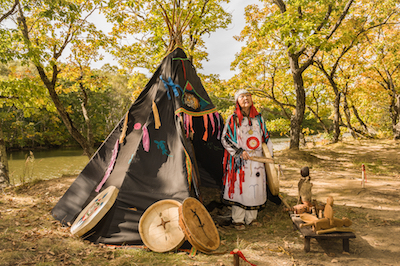 Origin of shamanism in Siberia

The traditional way of Evenk's life is quite simple. Observers are mainly attracted by shamanism. Look, the main religions in Russia now are Christianity, Islam, and Buddhism. They are quite popular everywhere in the world. However, shamanism can be attributed to proto-religions, to paganism. The origin of paganism refers to those times when people believed only in what they saw around them. They did not know the causes of many natural phenomena. Idolizing them seemed to be reasonable.

Simplifying, we say that shamanism implies the existence of three worlds. The Upper World is the place where good spirits live and where the souls of people go after death. The Middle World is where people live, our reality. The Lower World is the residence of bad spirits. A human being was considered primarily as part of the surrounding nature in this worldview. The shaman was the link between this nature and human beings.

Common features of shamanism in Siberia

We find it interesting that shamanism has no single mythological framework. Therefore, the nuances of beliefs and rituals are different in each community of Evenks. Each area has its own local spirits. They might reside on the mountain, in the lake or river. These spirits are generally recognized as the patrons of a clan, living in the area. There are legends that such spirits were tribes’ founders. Descendants who have left their parents’ home are required to return to their homeland for various ceremonies. “Native” spirits may not hear their prayers and requests somewhere else. 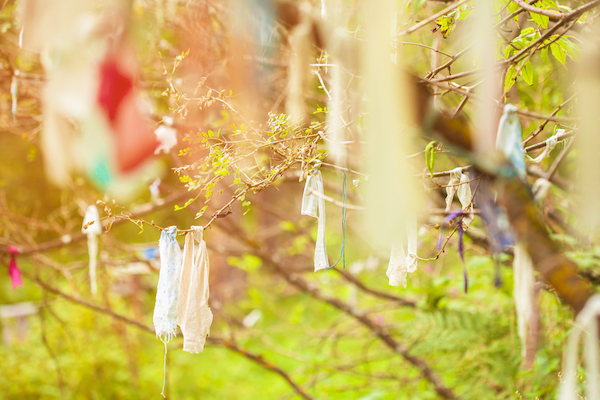 The method of burial of the dead is also a common feature. This is the so-called "aerial burial". The grave is arranged between tree trunks above the ground with the help of construction of platforms. The funeral ceremony itself may differ from region to region, but the principle remained common for a long time. The Soviet authorities tried to eradicate this tradition, but still you can find such graves of varying degrees of freshness around the settlements with the Evenk population.

Over time, it became necessary to communicate with and even influence the surrounding spirits. Some members of the tribe began to take on these functions. As a rule, a shamanic gift from above was handed down from generation to generation. However, Western Evenks believe that spirits themselves can choose any person to be a shaman. Thus, the shaman became the center of the spiritual life of the tribe or settlement.  People went to him (or her) with any problems or to ask advice from deceased ancestors. Shamans could heal, predict the future, and influence the forces of nature (cause rain, for example).

A shaman uses many techniques to communicate with the spirits. It usually happens during the entering into a trance using a variety of techniques (dances, songs, spells). Everything that a shaman sees, hears and feels while communicating with the spirits after returning to the Middle world, he interprets the way he wants. As we understand, a lot of depends on the personality of the shaman; as if he wants to predict something good or bad. The goals of the shamanistic rites are usually the same, and the shamanistic costume does not differ from the tribe to the tribe a lot. Shamans use a tambourine, amulets of spirit helpers (birds or animals), a hat with leather or textile stripes on the shaman’s face. This is done to separate him from the Middle world during the “ritual”). 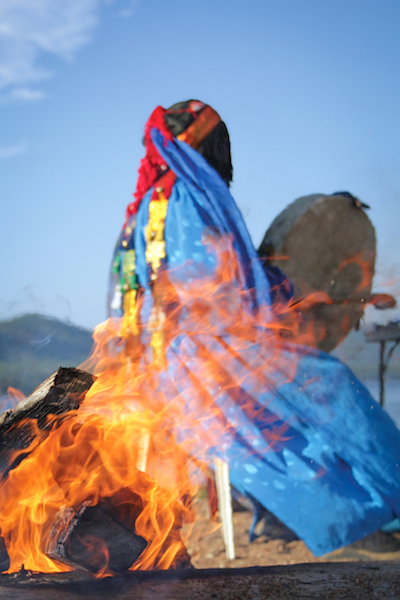 Please note that although this article about shamanism is written mainly in the past tense, many regions still retain shamanism as a traditional belief and as a more obvious cosmogonic model of the structure of the world.

Where and how to make a film about shamanism in Siberia?

Shamanism is still very popular among the indigenous population of Siberia nowadays. Many Evenks, Tungus, Orochen, the Yakuts, Buryats, and Nanais were actively converted to Christianity during the development of Siberia. However, the self-determination of small Nations is gradually being revived. The same happens to the traditions and customs of shamanism.

Perhaps, the most amount of open shamans live in Yakutia. Yakut shamans are friendly enough to strangers, and can even meet for the gathering for the film crew. The situation is slightly different in Altai. Shamans are ordinary people there. They do not often have special clothes, only a tambourine. One needs to have strong arguments to try to get such a person to talk. Some of the most unknown and unexplored communities of Evenk shamanists live in Buryatia. Although National Geographic has never set foot there, those areas are available by plane.

The study of shamanism in Siberia and the Evenks as bearers of this ancient tradition is very fascinating. We bet international community will pay attention to that! There are almost no studies and books about shamans. If you feel the strength and passion for a long and interesting adventure, our company will happily take care of all the organizational issues. You could only command, "Cut!".