Location scouting and filming between Japan and Russia on Sakhalin Island

Intriguing is the history of the accession of the island into the Russian Empire, and later - the USSR. There is still an excellent ground for research. The famous Russian writer Anton Chekhov dedicated a whole book to this place, calling it “Sakhalin Island”. This article contains information about the history and the nature of the island.

The history of Sakhalin island

Thanks to research which was regularly conducted by archaeologists, it was found that the first people on the island appeared about 300 thousand years ago. Scientists named this archaeological culture “Okhotsk". That was the name of one of the two seas that border on the island - the sea of Okhotsk (the second sea is Japanese sea). Many settlements belonging to the Okhotsk culture were found on this island. Nowadays many of them are considered to be monuments. 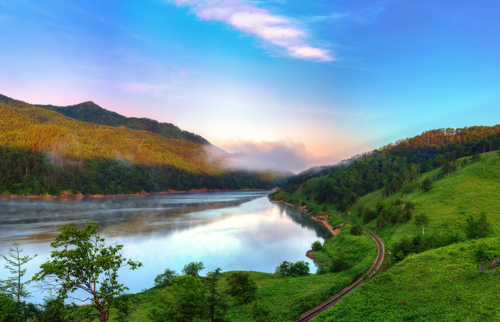 The modern history of Sakhalin begins in the 17th century. That time the Russian ambassadors came to Sakhalin to confirm the accession of the island to the Russian Empire. They found two large nations there. The Ainus lived in the south of the island, the Nivkhs in the north. Those peoples did not have statehood, and they lived in small groups at a considerable distance from each other. The origin of these peoples still remains mysterious. According to genetic studies, the Nivkhs have more common genetics with the Paleo-Asiatic peoples (we wrote about the Evenks here), and the Ainu with the Polynesian ones. Both ethnic groups remain understudied.

Formally, Sakhalin island belonged to the Chinese Empire. However, the first Russian settlement appeared in 1859, and China was considered to have lost control over the island from that time. Then there began protracted relations between Japan and Russia. The sticking point was the dispute about the ownership of Sakhalin and the Kuril Islands.

In addition, colonists were arriving on Sakhalin that time. After the Russian loss in the Russian – Japanese war in 1905 the southern half of the island was given to Japan. The economic activity of the Japanese constituted of the use of natural resources. They actively cut down the forests and caught fish. The Ainu (the indigenous population of the island) were almost slaves of the Eastern colonists. They were taxed, driven to reservations, and forced to complete hard work.

However, the Japanese did a lot to develop the infrastructure of their part of the island. They expected to live there constantly. Japanese built the city of Toyohara (now Yuzhno-Sakhalinsk) from scratch. It is the largest city on the island nowadays. A western type of housing development was applied. There were also port towns, lighthouses, and piers; railways, bridges, tunnels, power plants and paper mills. Some objects are still used (for example, the Museum of local Lore in Yuzhno-Sakhalinsk and lighthouses), but almost everything was destroyed. The saddest thing to see is the remains of Shinto temples. Nowadays we can only imagine how beautiful they were. 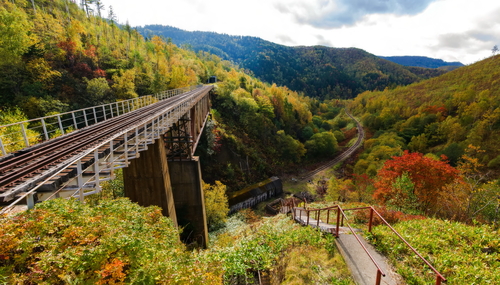 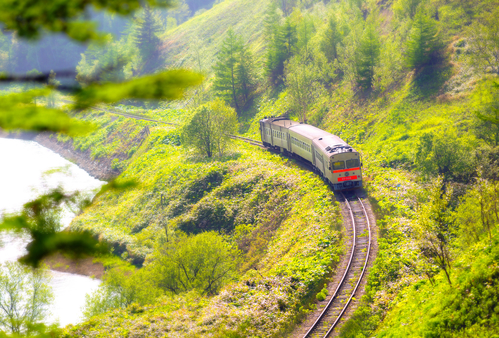 The Japanese were able to build regardless of the harsh natural conditions. A striking example is a railway from the city of Yuzhno-Sakhalinsk to the town of Kholmsk. It was taken into use in 1928 but was closed in 1994. The Sakhalin Railway has served the island for 66 years! Only bridges collapsed over time. The government decided not to reconstruct the road because the whole area was inaccessible, and a new one was built. However, the tunnels and the galleries still stand without any signs of destruction. 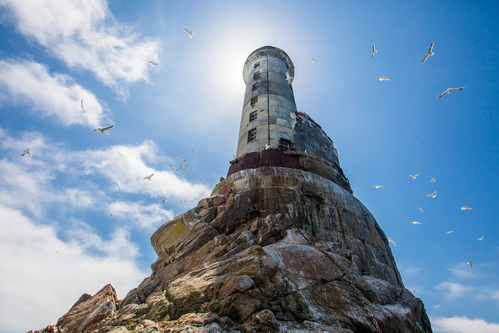 One of the most beautiful buildings dating back to the Japanese presence is a lighthouse on Cape Aniva. Many other locations on the island can be suitable for filming feature films and documentary projects.

One of the mysteries of the Karafuto Prefecture is the abundance of bunkers of uncertain origin. They were destroyed and filled in the first years after the Soviet power arrival in 1945. Nowadays some activists tried to get inside, but due to lack of funds and equipment, it was impossible to complete.

The nature of Sakhalin

The flora and fauna of the island are considered poorer than both in continental Russia and in the island of Hokkaido in Japan. The major assets of the island are natural resources such as wood, coal, natural gas, oil, minerals. According to the level of stocks, Sakhalin is one of the first places in Russia. The island is constantly maintained by international companies for the extraction of resources. 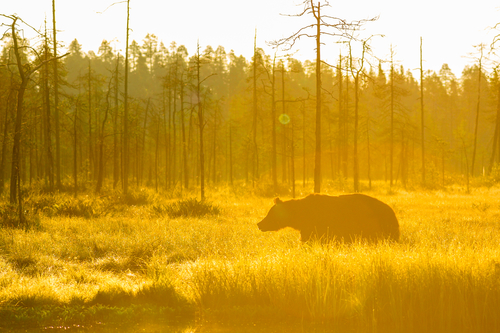 There are many animals on the island such as rodents, sables, otters, American minks, musk deer, Wolverine, and a great variety of seals and bears. There is even a local saying that it’s easier to meet bear rather than imagine it. It is possible to encounter them even in settlements, where the bears wander in search of delicious food. One of the most popular fish species on the island is humpback salmon. During the spawning period, it passes through such small areas of rivers that even its back can be seen above the water! 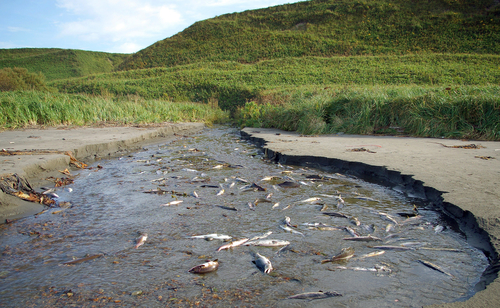 Our team treats each project with due attention. If you plan to film on Sakhalin island in Russia, our team will take care of the locations, transport, placement of the crew. Email us for more information!