Filming with drones and aerial photography in Kyrgyzstan

We wrote this short post to answer the single question: is it allowed to film with drones in Kyrgyzstan?

The short answer is yes. As in any democratic state, in Kyrgyzstan everything that’s not banned by law is allowed. Still, we wouldn’t recommend you to fly over airports and government buildings.

Also, drones occasionally crashed when flying close to the US embassy in the capital Bishkek. 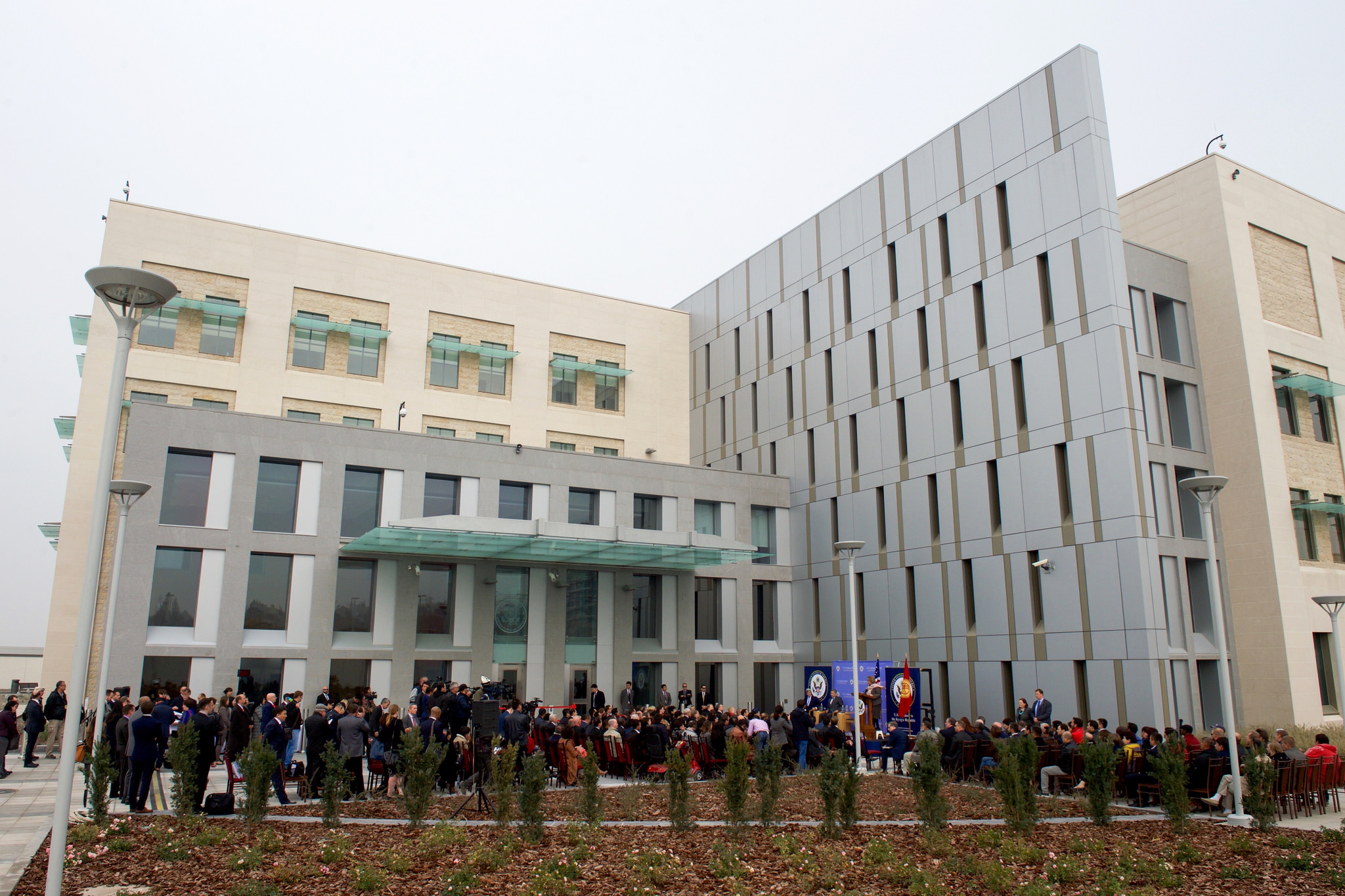 US embassy in Bishkek. Courtesy U.S. Department of State

Our guess is that the embassy’s security staff were able to disrupt the wi-fi connection between the drone and its controller.

Aside from high-security facilities, you could shoot wherever you like, including the central square of the capital. We did it and got some awesome shots. Take a look at some of our work, shot in Kyrgyzstan.

Here’s a link to a 5-episode Chinese CCTV’s documentary series about the Silk Road we produced in 2015.

In the same year, we brought the crew of Australia’s SBS channel to Kyrgyzstan to make an episode of DNA Nation featuring legendary Olympic swimming champion Ian Thorpe.

Contact us or Kyrgyzstan’s film commission KRIFCom if you want to learn more about filming in this beautiful yet unknown country.