Location scouting and filming in Uzbekistan: easier and friendlier

For decades this terrific Central Asian country has been one of the least accessible destinations for filming crew.  With the power change Uzbekistan is rapidly opens its borders. For both tourists and TV- and filmmakers.

The country is so rich in its history, culture, nature, architecture, cuisine and, of course people, that the question “what to visit in Uzbekistan” does not come up. It normally comes up in a way “how to visit everything during one trip”. And, of course, it is impossible.

However there are very few documentaries and international feature films shot in Uzbekistan. Why? The answer is very simple. A foreigner with a camera was always a huge taboo. But not any longer.

In this article you will find out about possibilities and nuances of location scouting and filming in Uzbekistan.

New political systems of Uzbekistan turned to face the world

The world known “Uzbek spring” continues to thrive in Uzbekistan. The old political system of so well preserved from the times when Uzbekistan was a part of the USSR, has gone with its late president Islam Karimov’s death. The new president  Shavkat Mirziyoyev’s new government reforms make the country more open and friendly. This can be well noticed by tourism growth. Also, it is reflected in the world of cinema. It is becoming easier and more pleasant for film crews to work in Uzbekistan.

Filming in Uzbekistan is very comfortable, as it is one of the safest countries in the world. There is no terrorism or war in Uzbekistan.  On top of that, foreign filming crews (TV, movie, and Internet) aiming to shoot materials (directly or indirectly) that would promote Uzbekistan tourism potential received significant privileges from May, 29, 2018. They can obtain permission for shooting through the State Committee for Tourism Development, not the Ministry of Foreign Affairs (as it used to be). It would take 5 days to get permission.

With this permission, the crew will be able to temporarily import drones.  Without permission, its import and operation are criminal offence.

The rest of the equipment is temporarily imported without customs payments on the basis of the approved list. In addition, the film crew with permission receives the right to free shooting on the objects of material and cultural heritage.

At the same time, the crew is expected to follow certain conditions. The name of the cultural object and the name of the country (Uzbekistan) must be included in titles in a separate frame. 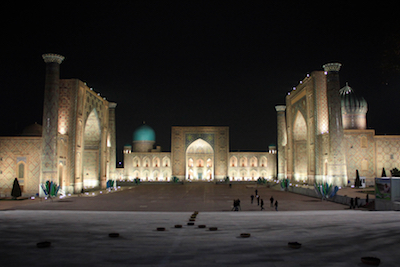 About visitor’s visa in Uzbekistan.

From February 10,  2018, citizens of Israel, Indonesia, the Republic of Korea, Malaysia, Singapore, Turkey and Japan can enter Uzbekistan without visas for 30 days. The visa-free regime already operates for citizens of Azerbaijan, Armenia, Belarus, Georgia, Kazakhstan, Moldova, Russia, Ukraine and Kyrgyzstan.

From February 10, citizens of some countries can enter Uzbekistan up to 30 days in a simplified regime. The simplified regime means that one does not need an invitation - just to print out an e-visa and apply to the Consulate. Visa processing takes 2 days. 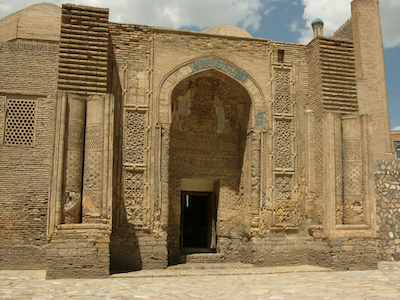 What is from Uzbekistan culture you can use for filming?

Most of the producers, planning to film in this Central Asian country, want to cover famous landmarks of Uzbekistan. It is surprising how many fortresses, mosques, palaces and even ancient cities in whole remained almost intact, and look as they did centuries ago. Those looking to film ruins, won’t be disappointed either. There are plenty of ruins in Uzbekistan, too. Today main religion in Uzbekistan is Islam. But it wasn’t always so. This is easy to proof by more older buildings related to Buddhism. By the way, due the fact that Uzbekistan mainly is muslim country, women shouldn’t  to wear too overt clothes in Uzbekistan’s religious places if there are filming.

Soar Productions operates in this wonderful Central Asian country. So if you have questions or requests concerning filming in Uzbekistan, do not hesitate to contact us for all further information.