7 Tips for filming in Sochi the Olympic city of Russia

Searching the Internet, you can find many tips on what to do in Sochi. Our company gives one more: filming! Wonder why? Look for the answers in this article.

What is Sochi famous for?

Russia is not only a vast territory with a harsh climate. Let us have a look at Sochi. Sochi has been heard for the last few years, thanks to the Olympics 2014, "Formula 1" and the FIFA World Cup 2018.

World-class sports events organizers have chosen Sochi due to its unique geographical location and climatic conditions. The Black Sea coast is hidden from the continent in high Caucasian mountains. This is why there is no snowy and cold winter in coastal cities (Tuapse, Sochi, Adler).

If you want to fly to Sochi, for example, from London, you can transit through Moscow city. The distance from Moscow to Sochi is about 1700 km (2h 15mins). Despite the fact that the resort area is stretched along the Black Sea coast, you can find a variety of picturesque locations around Sochi, both created by people and nature.

There are several theories why the Black Sea is called this way. According to one of them, the ancient Greeks invented this name. “Black" meant "unfriendly" to them. Secondly, the sea was quite inaccessible and there were aggressive tribes who lived on the banks of the sea. Thirdly, the name is associated with silt of a dark gray color that appears on the shores after a storm. 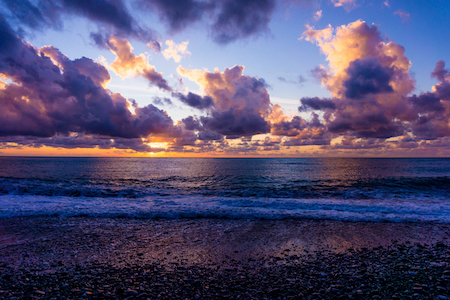 However, in reality metal objects become black after diving to a greater depth. The reason for that is action of hydrogen sulphide. By and large, the question of the sea name is still open to debates. This may be an excellent occasion for a big trip to Russia to film the documentary!

Krasnaya Polyana is a small high-mountain village near the city of Sochi. The mountain cluster of the 2014 Winter Olympic Games was located exactly there. Krasnaya Polyana is an all-season resort nowadays. Thanks to the developed infrastructure and transport accessibility, Krasnaya Polyana becomes an ideal place for filming sports shows. Winter sports can be shot at Olympic venues. In summer, there are mountain slopes routes for Mountain bikes. There is also a workout park.

By the way, the shooting of the film "There are only girls in sport" ("Some like it cold", Russia, 2013) has already taken place in Krasnaya Polyana. Many popular shows could be shot on these slopes. To name a few, Red Bull, X Games. YouTube heroes like Fabio Wibmer would also like it here.

There is another wonderful high-mountain village called Solokh-Aul. You can’t help but enjoy the beautiful views of neighboring mountains or lush greenery thriving everywhere. The village is residential, and locals are already accustomed to increased attention.

Filming in Russia on natural locations around Sochi

You can find a cascade of waterfalls on the Eastern Dagomys River. It takes just an hour’s drive from Sochi. The gorge is surrounded by boxwood thickets, and there is also a small mountain river. Boxwood (Buxus) is a valuable species of trees. This is pristine wilderness.

There are about 400 caves surrounding Sochi. They will be interesting for researchers and those who shoot horror films. One of the easily accessible is called the Cave of Witches. It is located on the river Asha, two hours’ drive from Sochi, and only an hour's drive from the neighboring city Tuapse. The legend says you can get to a wonderful valley through this cave. However, the entrance opens only to the chosen ones. The cave is still very poorly researched.

Akhshtyrskaya is a larger cave. It is a popular tourist object at the moment. There are trails for tourists and landscape lighting. There is a corridor and two halls inside. 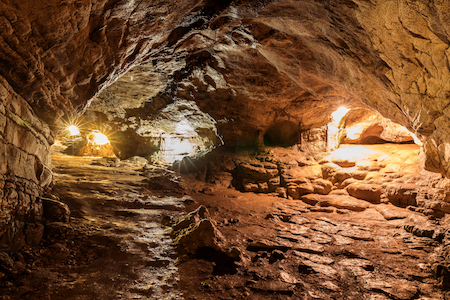 This cave is a monument of aboriginal architecture, and obtaining filming permission may be longer.

Once upon a time, dating back to the Middle Ages, the territory of present-day Sochi belonged to Georgia. You can explore many different ruins and surviving monuments there.

The active development of the city started in the beginning of the 20th century. The authorities of the Russian Empire realized that Sochi could become an excellent resort area.. Only high-ranking officials and well off people could allow having a summer residence in Sochi. Even Stalin had a village there!

Sochi has a large number of modern buildings, made in different architectural styles. One of the most famous is the Sergo Ordzhonikidze sanatorium, a neo-classical Stalinist building. 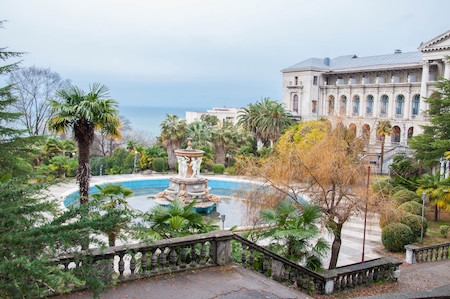 Two things are decisive in choosing filming location. They are the availability of necessary facilities and infrastructure that can reduce the budget for logistics. Considering everything, Sochi is a great place to execute your project.