Should you visit Siberia for filming? 6 things to consider first

Should I visit Siberia to film?

Siberia is one the most mysterious and attractive Russian regions. Siberia borders on the Ural Mountains in the west, the Far Eastern region in the east, China, Mongolia and Kazakhstan in the south. The Siberian district covers an area of 5 144 953 km2. It is the second largest region of the Russian Federation. The population is about 20 million people. Why is Siberia so sparsely populated? Some of the districts are almost inaccessible, and located far away from railway stations and airports. The largest city is Novosibirsk. Planning to have a ride through all major Siberian cities, you can get the Trans-Siberian Railway. For example, you can take a train in Yekaterinburg. Siberia is rich for treasures of the soil. For instance, oil, natural gas, precious metals and stones (you can read about Yakutsk and its world's largest diamond mine here). Siberia is stretched from the North to the South, and the climate differs a lot. There are strong fluctuations in summer (up to +38C) and winter (up to -45C) in the South (Irkutsk region and Buryatia). In the North of the Krasnoyarsk region that borders the Arctic Ocean, the climate varies from arctic to subarctic.

Are there polar bears in Siberia?

Due to the fact that Siberia is located in several climatic zones, the flora and fauna is very diverse there. For example, you can find polar bears in Arctic areas. Meeting a bear in its natural habitat may be unsafe, so employees of polar stations are required to carry weapons. Everywhere in Siberia, the indigenous population work in reindeer farming. What other animals live in Siberia? There are many fur animals in Siberia (sables, ermines, etc.). This was one of the reasons why the Russian Empire conquered Siberia.

What to do around Baikal lake if You want to film?

At first, we would like to describe one of famous places in Russia. Lake Baikal – the deepest freshwater lake in the world. The lake itself and its surroundings are picturesque during both winter and summer. A real Siberian taiga (undisturbed forests) can be shot during the summer. There also is Olkhon Island in the middle of Lake Baikal. It is a sacral place for Buryat shamans. The island literally possesses a specific energy, that you can feel just looking at the picture. Ancestor worship objects are also located on the island. 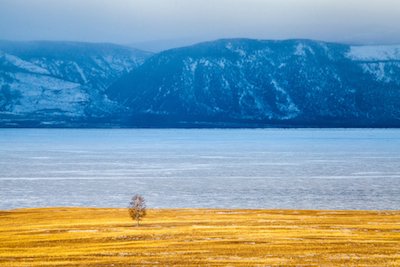 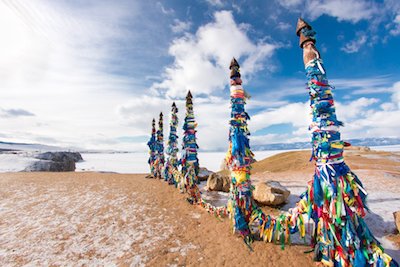 Many other things that are attractive to tourists and film crews also surround Lake Baikal. For instance, the ancient Circum Baikal Railway. 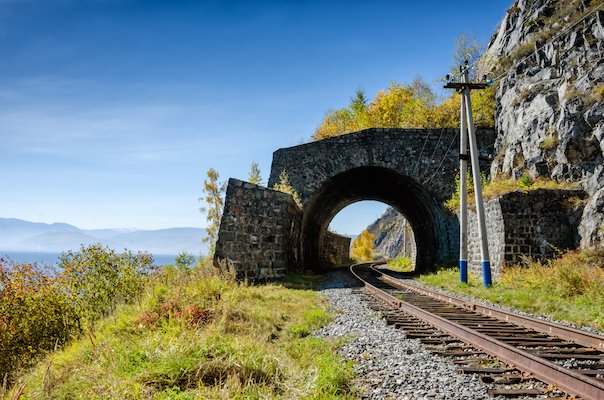 You would be surprised to have a look at Baikal during the winter. It is even more cinematographic than in the summer. You can literally drive on the lake surface from the end of January to the beginning of March. This time the ice becomes thick and strong enough. This is why it is possible to plan trips and researches in here. Here you can find the most remarkable photos from last year.

Ideas as a gift for filming in the Republic of Buryatia, Russia

Irkutsk (at the western side) and Ulan - Ude (at the eastern) are the biggest cities that surround Lake Baikal. Buryats (mongolian physical type) are indigenous people on either side of the Lake. Their traditional cultural belief is paganism. Many pagodas (Buddhist temples) surround Ulan-Ude. For example, Ivolginsky datsan is one of the largest ones. Miraculously spared mummy of the Khambo-lama (the senior lama) is preserved there. His body was buried for 75 years and remained incorruptible! 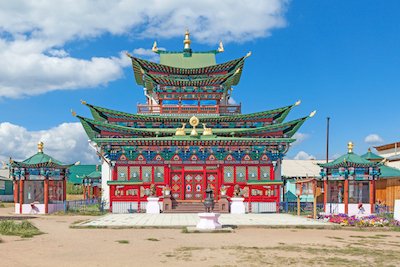 The longest rural street in the world is also located in Buryatia, in the village of Bichura. Its length is 17 kilometers. Bichura can also become an object for ethnographic research. The point is that “Semeiskiye” Old Believers live in there. They were resettled from the Polish borders of the Russian Empire in the end of the 18th century. Families of Old Believers in Buryatia can be found throughout the Bichur district. They are very patriarchal, alcohol and tobacco are banned. Their faith is distinguished by special rituals from Orthodox Christians. Even though Old Believers there consider themselves to be Russian, one cannot help but notice the difference between these two groups. 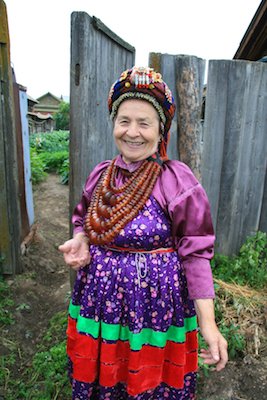 If we go back to the natural miracles that one can find near Lake Baikal, we cannot help but mention Arshan spa village. This place lies on the site of the dead volcano, so there are many high mountains and hot springs hitting right out of the ground! By the way, this mountains is the very start of Sayan mountain range.

The Sayan are also one the most distinguished natural phenomena in Siberia. Breathtaking mountains with nonmelting snow caps on tops are found in the eastern part of Sayan.

The nearest airport terminals are located in the cities of:

It is necessary to be ready for long hikes, living in tents, and sleeping bags with additional thermal protection. We are ready to provide all these and the rest of the required equipment for your projects.

One of the mysteries of Siberia is the area of Tunguska, Krasnoyarsk Region, and the so-called Tunguska event. Many still wonder what really happened then.

These places are inaccessible for research. They are very far from major cities (the nearest major airport is in Krasnoyarsk).

Such an expedition will require help of local guides.

However, if you are super interested and want to answer the question “What happened in Tunguska in 1908?”

Our fixer TV & Film Production House is ready to organize the most comfortable conditions for filming!