Filming in Blagoveshchensk of Amur Region

Blagoveshchensk - The City of Good News (“Blago” is Good, “Vest’” is News) - is the capital of Amur Region.

It lies on the Amur and Zeya rivers; 5613 kilometers from the Russian capital. A temperate monsoon climate dominates in Blagoveshchensk. Winters are cold and long. The average temperature in January is -21.5ºC (-5,8 °F). Summers are warm and short. The average temperature in July is +22ºC (71,6 °F). The total number of residents is 225,100. If you wish to travel to Blagoveshchensk from Moscow, it takes 7 hours by plane or almost a week by train.

One of the most extensive railway lines in the world – Baikal–Amur Mainline (BAM) – passes through the Amur Region. The famous thoroughfare crosses 7 of the 11 mountain ranges and flowing rivers. The length of the BAM is 4300 km. It took more than 2 million people to construct this road. Due to the severe climatic conditions, the construction of BAM took more than 40 years. A large number of songs written in the USSR times are dedicated to BAM.

Blagoveshchensk is an outpost of Russia, a trading city, a river harbor, a city of gold miners. It is the only Russian capital which is settled on the very border of the country - and even on a water one! There is China on the opposite bank of the Amur - the city of Heihe (Heilongjiang province). The shortest distance between Russia and China there is only 750 m. Figuratively speaking, in just a minute, you can cross the river and make an overseas trip on a motorboat. Chinese lanterns are hanging on the central streets of Blagoveshchensk now. There is a picturesque Russian village close to the twin city of Heihe - a perfect scenery for cinematic needs. 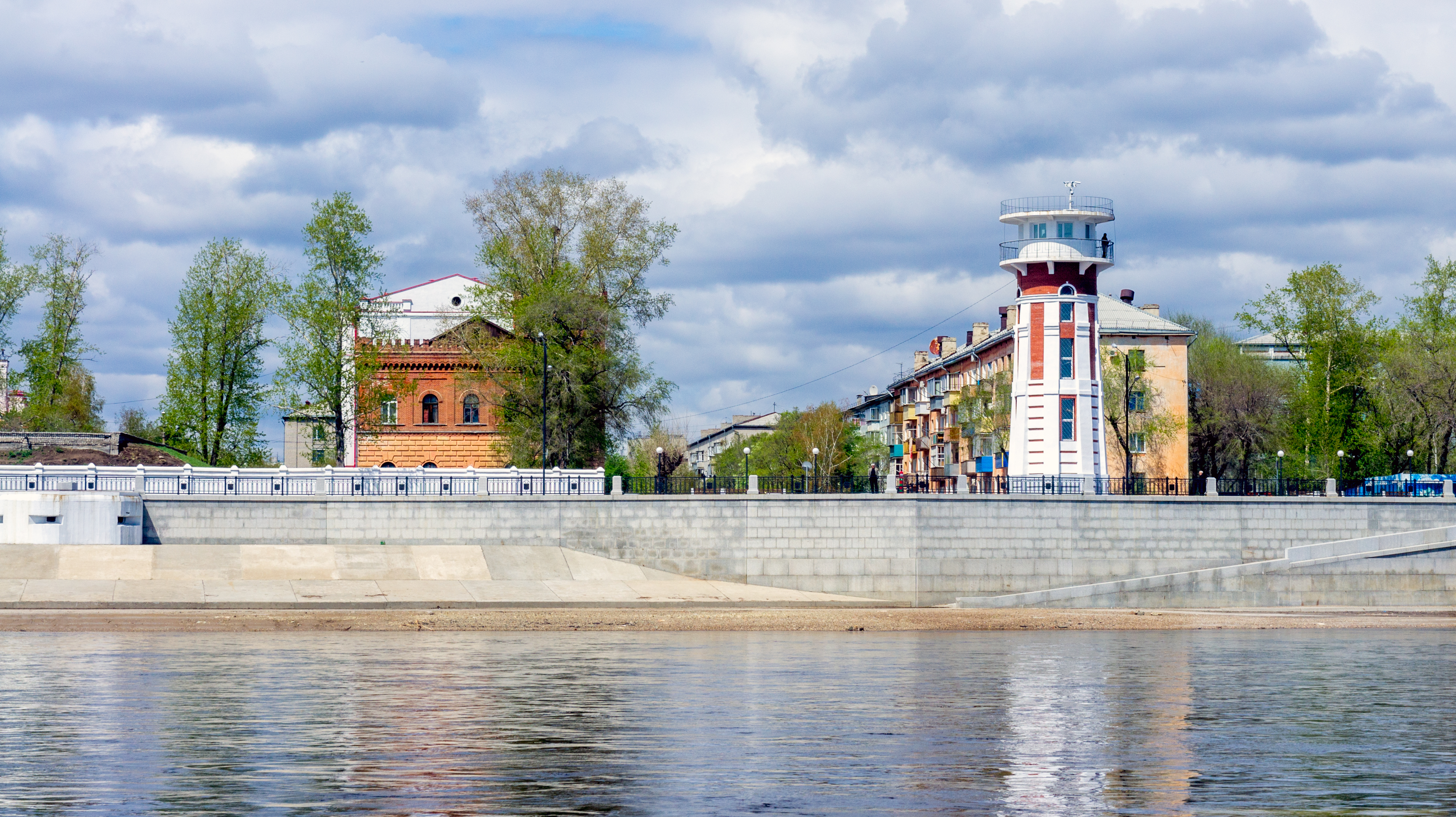 The most recognizable symbol of Blagoveshchensk is an armored boat, which is placed on the Amur River embankment. It dates back to 1966 when there was an alarming situation on the border with China, so a group of armored boats was sent to Amur. This armored boat is currently registered in the international catalog of historic ships.

A unique monument of nature - Dinosaur Cemetery -  is located on the southwestern outskirts of the city. Generally, the Amur Oblast is considered to be the center of the Russian study of dinosaurs. A vast and marvelous collection of bones of herbivorous dinosaurs, which has no analogs in the world, is formed from the remains of the dinosaurs found on the banks of the Amur River.