More are more are asked where and how to make a documentary film about Evenks and Tungus. They are small peoples of Siberia.

In this article, we will tell you a lot about this.

Firstly, about the history.

Secondly, places of resettlement on the territory of Russia, and a little bit about their customs and the way of life.

The next article about the Evenks and Tungus people will be dedicated to shamanism.

Evenks origin and origin of their language

Evenki is a common name for indigenous people living in Russia from Siberia to the Far East. The Tungus and Orochons are parts of the Evenk people. The Evenk language belongs to the Tungus-Manchu language group. The Buryat and Yakut languages belong to the Mongolian one. Thus, we understand that the origin of these tribes is completely different. The Evenks are believed to have more in common with the indigenous population of Alaska and America, and Buryats and Yakuts - with the Mongols. Evenk tribes inhabited Siberia and the Far East from about the XIII century. Up to this time, around the V-VII century AD, scattered groups of nomads inhabited the places around Lake Baikal. They are considered the ancestors of all of the Evenk people. 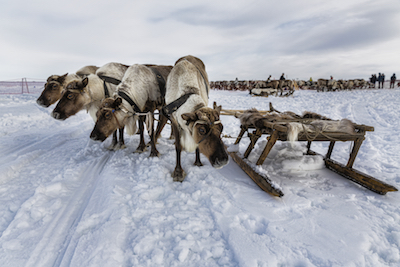 The main activity of the Evenks was reindeer breeding, hunting, fishing and gathering in the summer. Tribes constantly wandered from place to place in search of new pastures for their deer. Those who lived on the beach, as a rule, were moving less often, as they fished a lot. General Evenk house is a rawhide tent, outwardly very similar to the wigwam. The rawhide frame was made from wooden poles, covered with either tree bark, or reindeer skin depending on the season. There was a fireplace in the center of the rawhide house. Smoke went out into the hole above the fire. 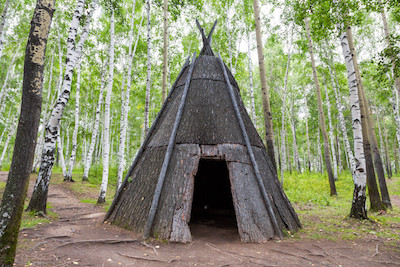 The family slept around the fireplace. Men and elder sons went hunting or reindeer. Women stayed in the settlement and were engaged in households and bringing up small children. Nowadays, many Evenk people are very small. This is connected with assimilation into the Russian population, and with a change to "Russian" in self-identification. According to the 2010 population census, the number of all Evenk nationalities is 38,400.

Nowadays most tribes live as they did hundreds of years ago. They preserve the traditions of their ancestors. The Evenks are believed to be one of the most closed peoples of Russia. This is due to their religion: shamanism. They do not allow strangers to come to the Holy places in the settlement, and in the surrounding areas. Unfortunately, this is largely due to the unsuccessful experience of the introduction of Soviet power. Soviet officials were engaged in the development of remote settlements. Their approach was very rude. It happened without taking into account the national characteristics and traditions. Back to those days, the graves of shamans in the construction of infrastructure were desecrated. 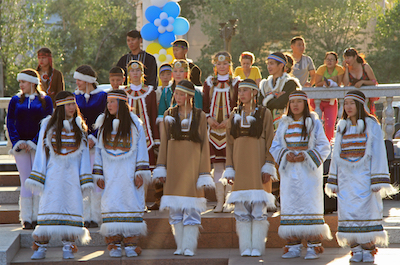 There are several places of the Evenk's residence in Russia. First, this is the Republic of Sakha-Yakutia (18,000 people), Krasnoyarsk region (4,600 people), the Republic of Buryatia (2,600 people), Amur region, Transbaikalia, and Angara region (1,500 people). It is worth noting that the Evenk people coexist with other nationalities in all settlements. For example, with Yakuts, Buryats, Russians, etc.