Filming with drones and Aerial photography in Tbilisi Georgia republic

VISA FOR FILM AND TV PRODUCTION IN:

The whole world is making it harder to get filming permits for drones, but not Georgia. You don’t need any document to film with an UAV.

To back our words, here’s an official letter from our friends at the Georgian National Film Center: 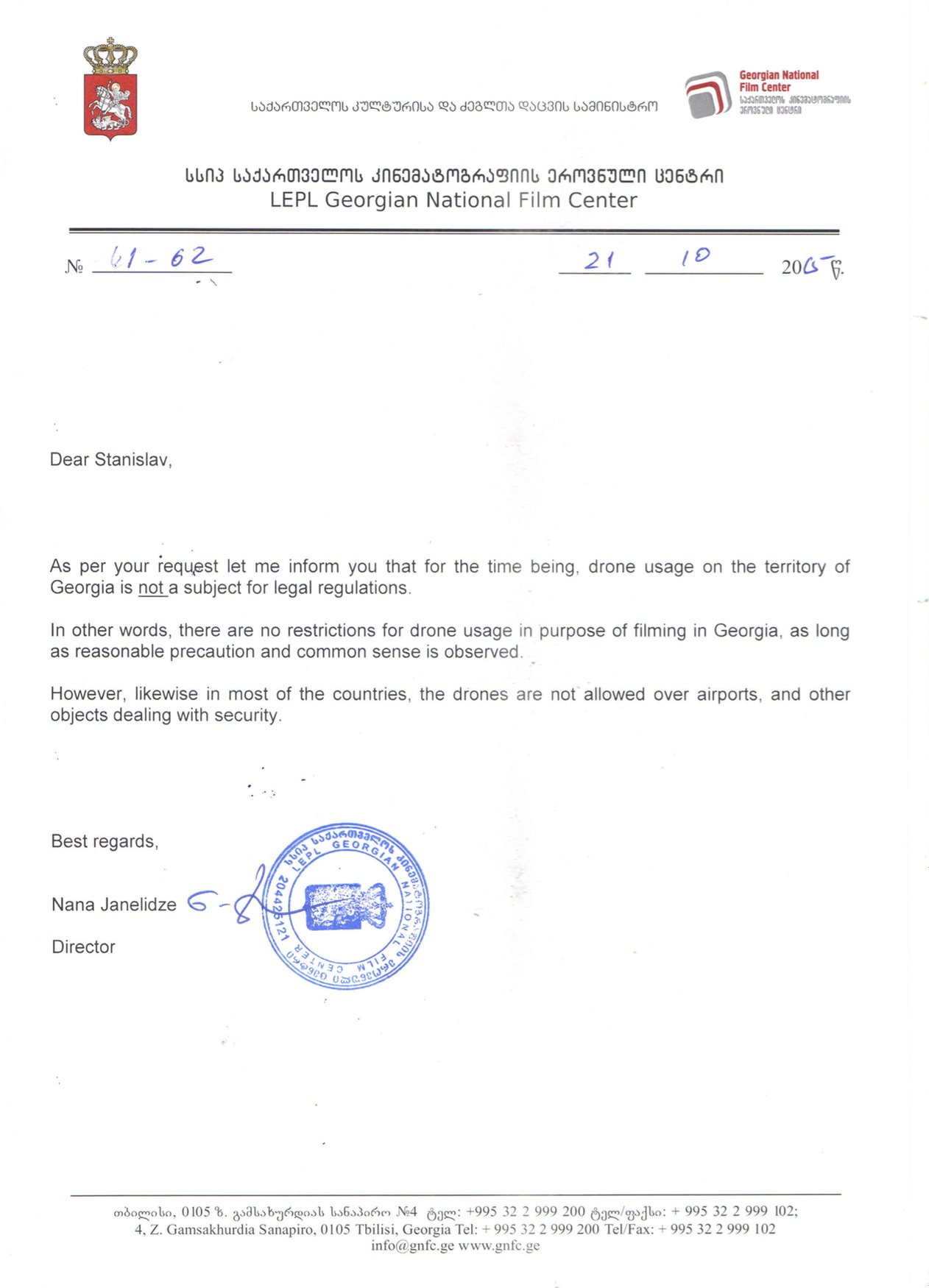 Get a permit only for high-security objects. Flying over government buildings, airports and the state border is restricted. The last point is important, as Georgia is a very small country. A vehicle flying near the Russian border in the north, or the border with Armenia, Turkey or Azerbaijan in the south without the authorities’ consent could look suspicious.

Notify the authorities. All you need to do if you’re filming in the capital Tbilisi is to tell the local special services by telephone. This is just a notification, not a request. We in "Soar Productions" will be there to help you do this.

The Amazing Race Season 28 Episode 7, shot in Tbilisi, featured shots from a drone made by one of the world’s leading aerial photographers Thai Christen. Soar Productions acted as the local production company/fixer.