Filming and location scouting in Chechnya’s mountains of Russian Federation

The Chechen Republic stayed in the headlines for a long because of the long military confrontation with the Russian Federation. The main army operations were conducted in the mountains - the native element of the local population. What has changed over the years? Is it safe to be on the territory of the Republic? What places could be suitable for filming? We tell about this all in this article.

What has changed after the war?

The warfare in Chechnya was long and bloody including many civilian casualties. Chechnya became part of the Russian Federation after the war. It means all Russian laws are now in force there. A lot of things have changed in this small Caucasian Republic recently. Cities and villages are rebuilt, ski resorts are launched, many historical and architectural sights are available for visiting and filming. And most importantly — the population of the Republic endured a massive war but managed to keep benevolence and hospitality.

The Caucasus mountains are a mountain system stretching from the Black Sea to the Caspian Sea. The system is divided into several sections. They are the Greater Caucasus, the Lesser Caucasus, the North Caucasus and Transcaucasia. The part of the North Caucasus is located on the territory of Chechnya. This part of the Caucasus mountains is unique because all of them were formed due to abundant rivers. These rivers gradually built beautiful and appealing. When you look at them, it's hard to believe that snipers in the mountains of Chechnya were hiding there.

The lowest peak of the mountain range is called Chernyi which means "Black." Its height is about 1200 meters. Forests and pastures grow on the slopes of the mountains as the soil is very fertile. These places are perfect for soothing landscapes. 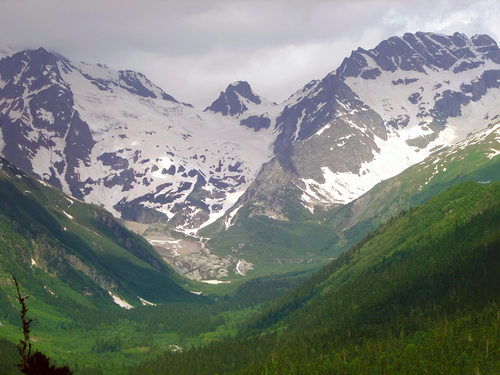 The highest peaks that could be suitable for filming projects of mountaineering are located in the South of Chechnya and on the border with Georgia. First of all, there is Mount Tabulata. Its height is 4492 meters above sea level. The top of this mountain is always snow-covered even being in a zone of a slightly warmer climate.

Mount Komito, which is located in the Sharoy district of Chechnya, on the border with Georgia, has a height of 4261 meters above sea level. Several routes for climbers are laid there. There are several glaciers on its slopes which makes the mount dangerous. However, it is popular among people. 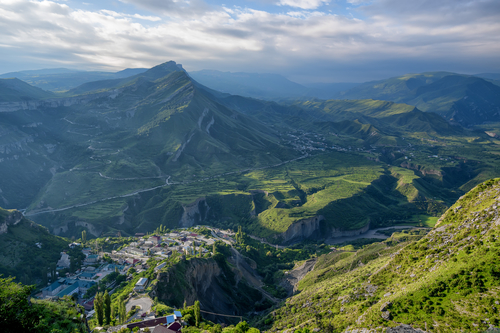 Achkhoy-Martan district of Chechnya is known for being the birthplace of the most militant ethnic society “Baloy.” The name is probably self-associated with the highest mountain of this area - Baolam. Another activist group connects its origin with the places around Mount Hackmadoi. There are also many ancient architectural monuments. This location could also be a great place for filming as it is located on the banks of the river Argun.

The Heart of Chechnya

Lake Kazenoyam takes place on the southern slope of the Andean mountain range. This is located almost in the geographical center of Chechnya. The height above sea level is 1864 meters, making the largest lake in the entire Chechen Republic. The lake has steep slopes. According to various studies of archaeologists and historians, it was a considerable settlement by ancient ethnic groups. Some archaeological discoveries such as Aldam-Gezi castle, crypts, burial grounds, sanctuaries were made there. The oldest mosques are also parts of these findings. 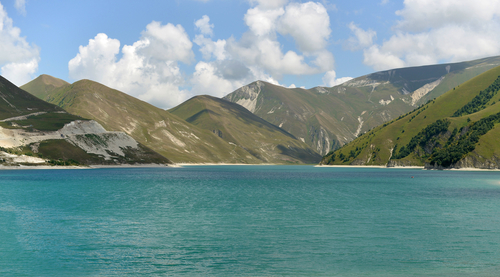 After seeing the lake for the first time, people are impressed for a long time. The water is light blue, dark blue and turquoise. The surrounding mountains give a feeling of comfort and security.

Despite the halo left by the war, nowadays Chechnya is an attractive and unique place for filming documentaries and feature films. Perhaps it is you who will discover Chechnya for the world of big cinema!